Home \ Name One Year of L’Chayim

Name One Year of L’Chayim

Purpose
Obtain underwriting to support the taping and airing of L’Chayim, JBS’ flagship interview and discussion show, which analyzes the issues, people, and events of importance to the Jewish community.

Description
L’Chayim has been on American television since 1979. It was one of the first Jewish programs to adopt a contemporary talk show format and continues to have guests from every movement of Judaism reflecting a pluralistic approach to Jewish life; leading political philosophers; major organization leadership, journalists, authors, and celebrities. Program formats include individual interviews and round tables in an interactive discussion of guests’ perspectives on issues in American and Israeli Jewish societies.

Funding Needs
A gift of $50,000 will support all expenses, including on-air talent, editing, production, and promotion of one month of JBS’ flagship L’Chayim program.

A gift of $600,000 will underwrite one year of L’Chayim programs. Recognition will include exclusive on-air listing of donor as principal supporter of the program at the opening and close of each episode for the duration of the gift.

A detailed plan and budget can be provided on request. 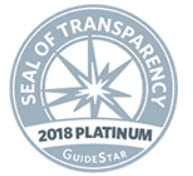